Oliver Baines was the only African American serving on the Fresno City Council during his two terms in office starting in 2010. Prior to that, he spent nearly 12 years as a Fresno police officer. Yesterday it was announced that he will lead a new commission for police reform in Fresno, tasked with making a recommendation to the council in 90 days. FM89's Kathleen Schock spoke with Baines about his experience with police brutality as a young man, and his vision for Fresno’s future. 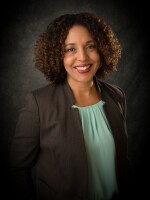