FRESNO, Calif. — Full water allocations for farmers, cities and other contractors are still to be determined for 2023. But the Department of Water Resources revealed on Thursday it was increasing allocations for customers to 30 percent of requested water.

The department manages deliveries from the State Water Project, a canal system that provides water to nearly 30 public water agencies and waters thousands of acres of farmland.

Farmers in the Fresno area were hoping to get more water delivered than last year – when most customers saw their water allocations slashed because of the drought.

Officials with the Department of Water Resources said the decision to allocate more than the five percent of water predicted in December came based on the shift of precipitation between December and January.

The wet start to the year did give a boost to the snowpack in the Sierra Nevada and many reservoirs have reached or nearly reached their historical average levels.

Still, more information – and time – is needed for a clearer of water allocation across the board. The U.S. Bureau of Reclamation has not announced its preliminary allocations. The federal agency manages deliveries from the Central Valley Project canal system.

“We don't really get that full clarity until water allocations are made, as well as what other types of market decisions are going on and taking place out there in the real world,” Ryan Jacobsen, Fresno County Farm Bureau CEO, told KVPR before the allocations were announced.

There are different considerations that go into deciding water deliveries, like state and federal water regulations and drinking water standards. The Department of Water Resources noted in their Thursday announcement that snowpack in the Sierra Nevada is not yet factored into allocations.

The agency planned to conduct snow surveys every first of the month until May, and the agency added allocations could be updated depending on conditions.

“These storms made clear the importance of our efforts to modernize our existing water infrastructure for an era of intensified drought and flood. Given these dramatic swings, these storm flows are badly needed to refill groundwater basins and support recycled water plants," Karla Nemeth, director of the Department of Water Resources, said.

Water infrastructure was highlighted this month as storms pushed streams and canals to their brink. Elected officials pressured the state to send more water down the San Joaquin-Sacramento Delta.

The above-average rainfall also brought the chance that water from canals can be diverted to groundwater basins to help recharge depleting ground aquifers along with providing extra water for farms and communities.

Many groups made up of farmers, environmental advocates and elected officials are working to manage local groundwater to meet implementation of the Sustainable Groundwater Management Act. The act put forward plans to refill ground aquifers that have been depleted of their water.

For many who rely on groundwater supplies, SGMA is a compass that dictates how and where to continue operations in the midst of ongoing drought.

Between meeting water recharge efforts and the year’s agriculture business needs, the farm industry as well as communities are keeping a cautious eye on the forecast, too.

More rain could fall in February and March and boost the water and snow supply – both of which could influence water deliveries in the coming months.

“While the storms are welcomed, they haven't got us to the point where we can't not worry about drought and worry about how we position our businesses with respect to water availability and the continuing regulations around the utilization of water,” Ian Lemay, president of the California Fresh Fruit Association, said.

Aside from boosting water supplies from the state's water, the rain also produced a reduction in the severity of drought.

Editor's note: This story was updated from its original version to reflect the water allocations announced by the Department of Water Resources. 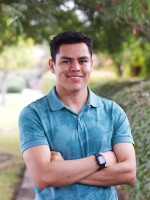