Ukulele master Jake Shimabukuro has been stretching the boundaries of the instrument’s capabilities for a couple of decades now. A mid-2000’s YouTube video of him went viral and brought him to worldwide recognition. He is currently winding up a US tour, working his way down the West coast, before heading to Japan for a month of tour dates. His latest album, The Greatest Day, was released in late 2018 to critical acclaim. His trio are performing Sunday October 20th at the Tower Theatre in Fresno.

FM89’s David Aus caught up with him to discuss his recent album, his upcoming Fresno performance, and his surprise that his 2006 video would garner so much attention. 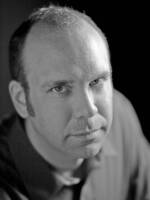 David Aus
David Aus is the host of Sunday Night Jazz and Young Artists Spotlight on KVPR, as well as other special programs featuring the valley's local musicians and artists. He is also a social media and marketing specialist for KVPR. Born in Baltimore, Maryland, David Aus has lived in Michigan, Ohio, Texas, Washington, D.C. and San Francisco, before arriving in Fresno in 2002. Prior to joining KVPR, he spent many years as an on-air host at KFSR. When not on the air, David is a busy jazz pianist, composer, arranger and educator.
See stories by David Aus