Next time on In the Mode we will again go to Tudor England with music from a Royal Songbook and songs by Henry VIII. The luxuriously illustrated Royal Songbook was given to Henry and his first wife, Catherine of Aragon, in 1518 possibly by PetrusAlamire, and the group we will hear sing was named after him, according to Tudor music specialist, David Skinner, who conducts. 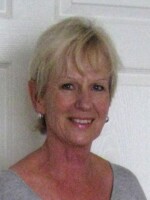