The United Farm Workers of America celebrated its 50th anniversary in Bakersfield this weekend. The two-day convention attracted hundreds of workers from the around the valley, and even the U.S. Secretary of Labor, Hilda Solis. Solis made the trip from Washington D.C. to speak with the supporters and honor one of the co-founders of the union, Dolores Huerta, with a special coin commemorating her activism for the community.

The conference ended with a video speech from President Obama, who praised the union for their hard work for fair pay for farm workers.

"They believed that everyone had a right to fair pay for hard work, from the diners at the fancy restaurant to the men and women and children who picked the food that fills their tables,"

President Obama also thanked the union for its support of the bipartisan ag jobs bill that would help qualifying farmers working in the country to earn citizenship. 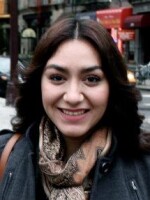