On its opening weekend, the movie McFarland, USA grossed more than $11 million at the box office, ranking No. 4 in the nation. Without a movie theater in their town, the people of McFarland have been flocking to Maya Cinemas in Bakersfield, 25 miles away, to attend several premiere events.

On opening day Friday, Feb. 20, the theater rolled out the red carpet for two VIP showings as a fundraiser for a new marquee for McFarland High School. As the nation was introduced to the small agricultural town of McFarland over the weekend, the real residents of the town got to watch their community projected Disney-style on the big screen.

The fictionalized portrayal of the 1987 McFarland High School cross country team is an uplifting and inspirational underdog story as the athletes battle their way to the state championship.

"I was working in the fields, then later on at Pizza hut, and then next thing you know I'm in a movie with Kevin Costner and Disney." - Ramiro Rodriguez

But watching the film among those who lived that story is an entirely different experience. Laughter, applause, cheers, and whispers of “Hey, I know that person,” and “I know where that is” could be heard throughout the film. In the audience Friday were the real athletes and coach whose stories are the basis for the film, their families, their friends, current students and athletes, their teachers, their community leaders, and even some of the actors in the movie. Two of those actors themselves attended McFarland High School.

“I was working in the fields, then later on at Pizza hut, and then next thing you know I’m in a movie with Kevin Costner and Disney. It was just crazy. It’s amazing,” said Ramiro Rodriguez, 19.

Rodriguez plays runner Danny Diaz in the film. It’s a heroic part with two come-from-behind moments that elicit massive applause from the audience. The real Danny Diaz, who is now a counselor at McFarland High School, jokes that he was not the fat kid on the team that Danny is in the movie. But just as Danny unexpectedly fights for his position in the races, the actor, Ramiro, found himself unexpectedly fighting for his role in the film.

“There was a local casting call and my cousin went to audition for it. And I was just his ride to the casting call. And we ended up fighting for the spot, both of us, and I got it,” he said.

Did Rodriguez run cross country as a student at McFarland High School?

“I did track and soccer. I did not do cross country. I tried but I couldn’t hang. Their practices are really, really intensive. They’re crazy, I mean, these kids are talented.

They endure a lot of pain to be there,” Rodriguez said.

Ramiro’s story is today’s version of what his schoolmates’ parents endured and conquered in the 1980s. Three of the Diaz boys, Danny and his brothers David and Demacio, were on that 1987 team under the coaching of Jim White. They worked with their parents in the fields as pickers before and after school, then still had the energy to run with their team for practice.

It’s that dedication and motivation that allowed Coach Jim White to push his team to do their very best. Johnny Samaniego, who is depicted in the film by Hector Duran, also ran on that 1987 cross country team.

“Every year we had a theme – ‘87 it was ‘To the Top.’ State was the first year and our job was to get to the top. And sure enough, we did,” Samaniego said. “I respected Mr. White, I always did, Jim White. He was like our second father. But whatever he said, sure, I did. He asked us to run a couple of miles and we did. And he would say, ‘Let’s go an extra mile.’ We’d say, ‘All right, whatever you want White.”

In the film, actor Kevin Costner portrays Coach White. His character has a semi-gruff voice, a stern look, and a desire to understand the heart of his athletes. He picks cabbage alongside them in the fields, eats way too many enchiladas during a dinner scene in the Diaz home, and enlists the community to help him throw a quinceañera party for his daughter’s 15th birthday.

White is the first to say that the film is a Hollywood version of the story of McFarland.

“But it doesn’t matter because it fits right in with a good story,” White said.

For one, White started building the team in 1980, not in 1987 as the movie shows. White also did not get fired from a previous job, as occurs in the opening of the film.

“I came to McFarland actually in 1964. That was my first job. I graduated from Pepperdine College in Los Angeles. And I was offered a job here, took it, and taught here for 40 years.”

White was not a runner, himself, in his youth, but rather a baseball player. But he started running with the youth of McFarland.

“And I decided that these kids needed a chance, and if they were willing to work hard, then I was willing to coach them. So that’s what we did,” he said.

Although he’s retired, White still rides his bike to help coach McFarland’s runners today – including the children of his former athletes.

“He’s really funny sometimes. And when he needs to get serious, we get serious,” Samuel Diaz said.

“The McFarland movie has inspired me to not give up on anything, not just running, but on anything in life,” Seth Diaz said. “I think the movie was not about running but it was about life and its struggles and conquering the challenges in life.”

The town of McFarland as a whole has struggled to overcome many odds, from gang violence to a cancer cluster in the 1980s, challenges which the movie largely ignores.

"Of course Disney takes a little creative license with some things. But that's part of the storytelling aspect of it. I think it came out really well. It's a very positive, feel good movie." - Earl Bowman

But the residents of McFarland who came out to see the movie on opening day Friday are proud of the way their town is portrayed in the film. Earl Bowman, a teacher at McFarland High School for 30 years, put it this way.

“It’s not a documentary,” he said. “So of course Disney takes a little creative license with some things. But that’s part of the storytelling aspect of it. I think it came out really well. It’s a very positive, feel good movie.”

The future of McFarland was in full force Friday as the current cheerleaders, athletes and leaders from the high school lined the red carpet, cheering on everyone who entered the theater. Among those students was Chelsea Lopez, 17, the student government president at McFarland High School.

“Once the film is over, you actually see the real live runners and it has a little segment on the bottom about what they went on to do, or where they went on to college. I think all of them did go to college, and that’s showing everyone that just because you come from such a small town and the odds are stacked against you, like Kevin Costner said in the move, you still have the opportunity to get out and explore your options,” she said.

And Lopez plans to do just that. She says she hopes to attend Yale University in the fall. 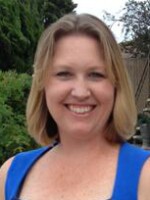 Jennifer Burger
Jennifer Burger is based in Bakersfield as a correspondent for Valley Public Radio. She teaches journalism at California State University, Bakersfield, where she advises the student newspaper and website, The Runner and The Runner Online. Previous to teaching, she worked as a newspaper reporter and editor, including at The Bakersfield Californian and The Oakland Tribune. She has a Master of Journalism from University of California at Berkeley ('03) and a Bachelor of Journalism from California State University, Sacramento ('98). She serves on the board of the Kern Press Club, which awards scholarships to college students studying communications and journalism.
See stories by Jennifer Burger
Become a KVPR business sponsor.
Looking to give your business a boost? Find out how KVPR can help you build awareness.
Learn more
Latest news
Related Content