FRESNO, Calif. — The City of Merced is asking Attorney General Rob Bonta to look into its own police department.

The city manager sent a letter last Friday to Bonta’s office requesting a review of the police department’s policies and procedures. The city council voted in a narrow 4-3 majority to approve the move.

“This is not an attack on officers,” said Councilmember Jesse Ornelas, who is spearheading the effort. “I see this as an opportunity to heal the culture and morale of our police department.”

During the meeting, Ornelas said he’s heard alleged reports of racism and mistreatment by senior law enforcement officials toward officers and community members. Several people spoke during public comment in favor of the review.

While no one at the council refuted Ornelas’s claims, some members did voice concerns about the lack of details that are available on what could be a two-year long process.

Mayor Matthew Serrato said the review could have an impact on the city’s current recruitment of a new police chief.

“The alarm bells will go off. The perception will be that they are coming into something that they can’t control,” Serrato said.

The Attorney General's press office told KVPR the request was under review. 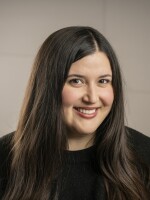 Elizabeth Arakelian
Elizabeth Arakelian is the host of All Things Considered. A Valley native, Elizabeth earned her bachelor's degree in English Language Literatures from the University of California, Santa Cruz and her master's degree in journalism from New York University. She has covered a range of beats. Her agriculture reporting for the Turlock Journal earned her a first place award from the California Newspaper Publishers Association. While in graduate school she covered the New Hampshire Primary for NBC Owned Television Stations and subsequently worked as a television ratings analyst for the company's business news network, CNBC. Upon returning to California, her role as a higher education public relations professional reconnected her to the Valley's media scene. She is happy to be back to her journalism roots as the local host of All Things Considered.
See stories by Elizabeth Arakelian
Become a KVPR business sponsor.
Looking to give your business a boost? Find out how KVPR can help you build awareness.
Learn more
Latest news
Related Content