One of the most popular tourist attractions on California’s Central Coast has been closed due to structural safety concerns. FM89’s Jason Scott reports on what is being done to repair the attraction and how the closure will impact tourism along the central coast.

The Avila Beach pier was closed to the public on Friday because of structural concerns regarding the maximum weight capacity. The closure was prompted in part due to an increasing number of people who have flocked to the pier in recent days to see some humpback whales feed.

The Port San Luis Harbor District closed the pier indefinitely while underwater inspection teams determine the deterioration of the wood supports and the load capacity.

Steve McGrath is the harbor manager for the Port San Luis Harbor District. He says plans are being made to restore and refurbish the pier once the inspection teams are finished.

McGrath: “Certainly, the plan at this point is to refurbish and renovate; there doesn’t seem to be any reason to think that we can’t do that. The completion of the underwater pile survey will allow us to determine a rehabilitation plan on a pile-by-pile basis.”

Despite the closure of the pier, McGrath doesn’t think it will hurt tourism.

McGrath: “Avila Beach is the best spot on the central coast. Certainly, while this will change the visitor’s experience, there’s no reason to think visitors won’t come to Avila because of the pier closure.”

The harbor district’s board of directors is meeting tonight to determine a repair plan for the pier. The cost of repairs for the pier could exceed $1 million. No time table has been set for the actual repairs. 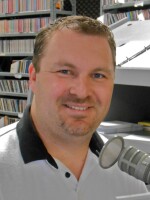